In 2012, Elizabeth was commissioned by Abierto Art and dance duo Chloe & Katherine to create headdresses that were both monstrous (incorporating the images of "monsters") and that used light as a prominent  medium. Elizabeth's third collaboration with Abierto, the headdresses were featured in a live performance during the opening, and were then on display for the remainder of the show.

Directed by Laura D'Antoni of Downtown Loft Studio, this is a short film about an eight year-old christian girl growing up in the 1950s. Against her mother's wishes, she forms a friendship with her new Jewish neighbors. Elizabeth worked closely with Laura on visuals for the film, sourced clothes and shoes from the time period, and altered them. 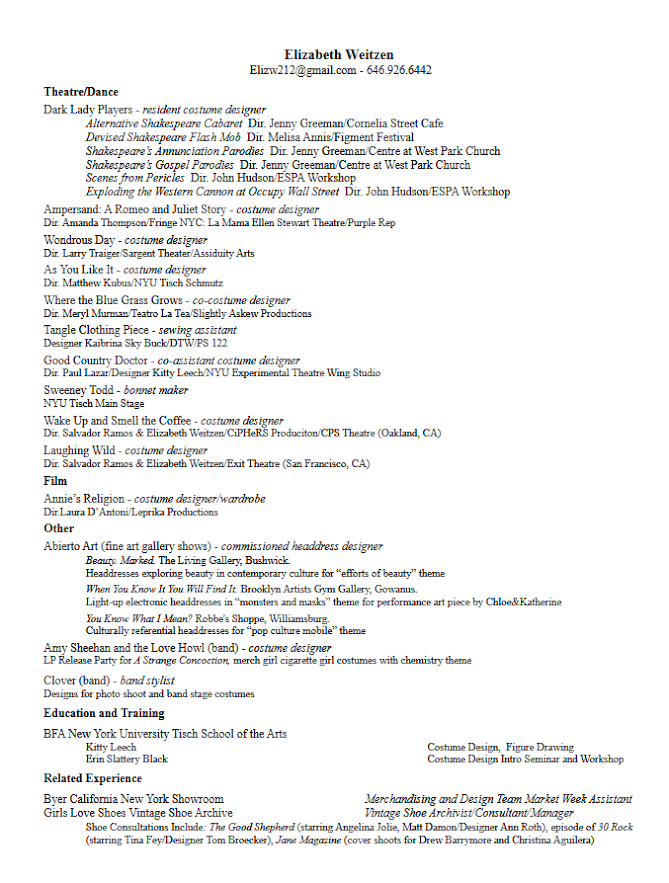 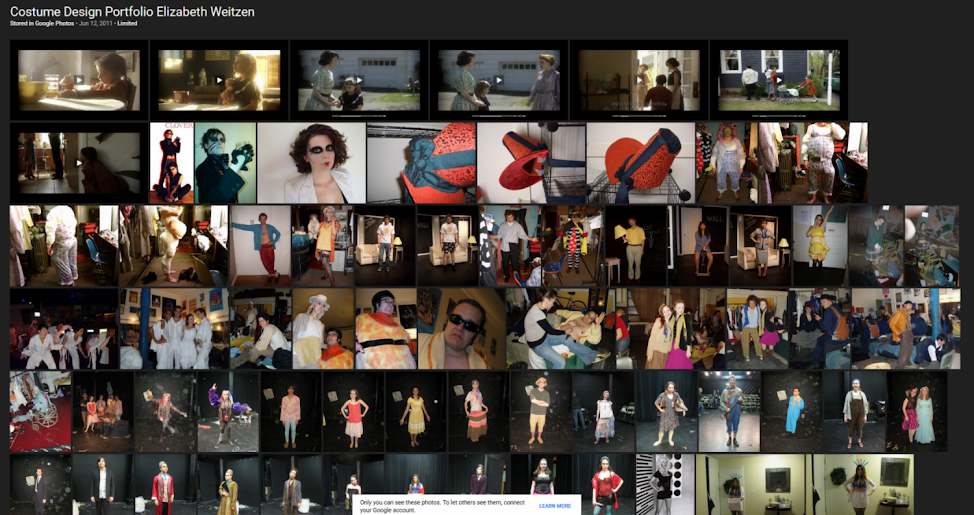